It seems that the world has become crazy for Nintendo’s Pokemon Go game. Since its release day, it has already collected more than 7.5 million US downloads. No matter that it’s free, it has also been estimated that the game makes $1.6M in daily revenue in Apple Apple Store alone – people who want to catch more than one egg are offered “egg incubators” and those who can’t move around can buy “incense pots” and similar items.

However, no matter how attractive this game seems, you shouldn’t forget the security of your data. According to security experts from 2-spyware, Pokemon Go requires questionable permissions and people should be very careful when creating an account for this game with the help of Google account. If you are not careful enough, you can grant this app with a full access to your Google account. It means that Pokemon Go can get an ability to reach your Google Docs, Google Photos, Gmail and similar accounts, so there is lots of data that can be put at risk. No matter that the developer of Pokemon Go, Niantic, has already released an update which is supposed to fix this problem, gamers are highly recommended checking the privacy settings on the app and in their Google accounts. Make sure you don’t allow full access to your Google accounts.film The Circle 2017 trailer 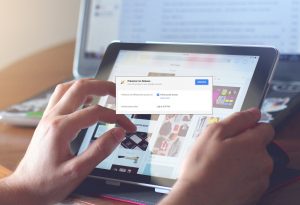