If FBI issues a warning about a specific virus, it means that it is rather a serious menace than a simple cyber threat. According to its latest report, schools, hospitals, and similar organizations should be especially careful with a data-encrypting virus called SamSam ransomware which has already attacked MedStar hospital in the US. In exchange for a decryption key, SamSam asked it to pay 45 Bitcoins or $18,500. Fortunately, MedStar has a backup, so its authorities didn’t have to pay a ransom, but this is not a typical scenario. Typically, victims either pay the money and wait for a decryption key (which sometimes fails to arrive!) or face the loss of their data.

It seems that SamSam ransomware doesn’t require users’ interaction when it tries to infiltrate the system. According to security experts, it targets servers thru JBoss vulnerability. For that, it uses a special tool called JexBoss, which is known as an open-source penetration testing tool. Unfortunately, but there is nothing much to do while trying to prevent SamSam. The most important thing to protect yourself is to backup your data. 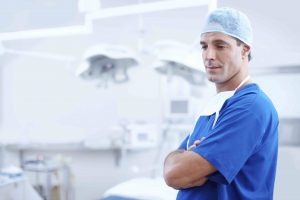