Firstly, we must clear things out – Pokemon Go is NOT a virus. It’s a newly-presented game that relies on augmented reality and uses your geolocation to let you capture Charizard, Venusaur, and other Pokemon all around you. It seems that privacy concerns noticed in the first versions of this game have already been eliminated with updates and the only tip we could give you before making yourself a member of Pokemon Go community is checking permissions of the app before installing it on your device.

However, there is another thing that you must know before installing Pokemon Go. According to the latest reports, scammers have already started launching fake versions of this app that are infected with malware. The latest warning about Pokemon Go virus comes from Russia – one of users, after being tricked into downloading a pronounced Pokemon Go version, discovered a Cerber virus on his device. The virus locked it down and informed its victim that he has to pay a ransom in exchange for its locked files. Besides, there have been noticed several similarly-themed apps on App Store and Google Play Store, such as “Install Pokemongo” and “Guide & Cheats for Pokemon Go”. While they have already been removed from the stores, there is no doubt that similar fakes are coming our way. 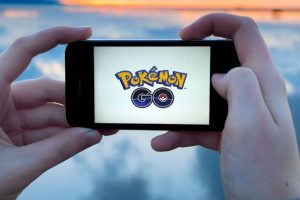